When It Leaks It Pours

Detecting and plugging a leak is an everyday story for us. Even for us though, a leak within a house that could cost more than a lakh rupees a year isn’t common. 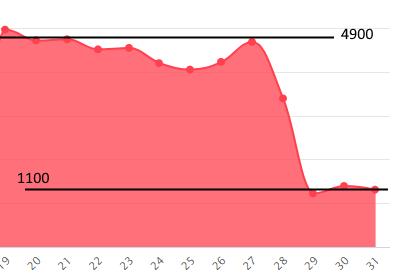 The usage was so huge that we doubted our meters when someone said it’s not a leak but a faulty meter. A daily use of 5000 liters in a house is truly not normal, and we were not able to identify a leak easily. Finally, a flush leak was identified and stopped in a basement toilet (hence it wasn’t noticed) and usage dropped 78%. A few more investigations and plugs and a further 7% drop later the usage became on par with a regular urban villa.